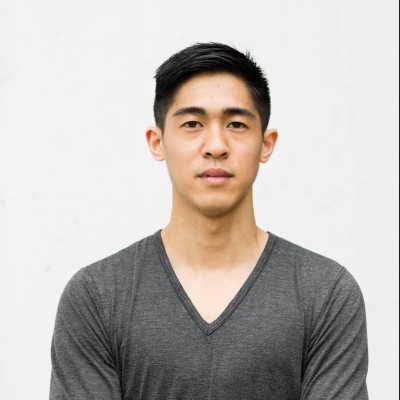 This New Jersey native started his performance career at the age of 13. He has attended The American Musical and Dramatic Arts Academy in New York and holds a BA in Theater from the University of Arkansas in Little Rock. On top of that he has studied improvisation and sketch comedy at The Annoyance, iO, and Second City Chicago. As a Spoken Word artist for the past decade he has featured, performed, and educated around the nation in over 150 schools, colleges, and venues. The most notables being Madison Square Garden, The Legendary Nuyorican Poets Cafe in New York, and the historical Green Mill in Chicago. He has been on the 2006 New Jersey Youth Slam Team in HBO’s Youth Speaks Brave New Voices, ranked top 20 in the 2007 New York Knicks Poetry Slam Series, and in 2009 became the Southern Fried Regional Individual Poetry Slam Champion, earning him the title "King of the South". While earning his Theater Degree from the University of Arkansas in Little Rock he worked as a stage hand at Arkansas Repertory Theater, The Weekend Theater, and The Robinson Theater. As an actor in college some of his most memorable roles are Prince Dauntless (Once Upon a Mattress), Billy Flynn (Chicago), Paul (Kate Crackernuts), and Doug (Gruesome Playground Injuries). As a Chicago resident he has found his groove and worked his way into the performance circuit. He has collaborated with A-Squared Theater Company, Circa Pintig, and featured on Hip-hop Collective Elephant Rebellion's first album ONE Love. He is an ensemble member of the Chicago Slam Works House Ensemble, Theater Unspeakable, and Stir Friday Night. He has directed the improvised rap group Rapture as well as being the current assistant coach of the improv group Noun and Laters. In 2015 he was awarded the Bob Curry Fellowship at Second City and performed in NBC's Breakout Comedy Festival. But wait.....THERE'S MORE! Teaching artist for American Theater Company, Mudlark Children's Theater Company, and Second City; DJ for Backthird Entertainment and Entertainment Cruises at Navy Pier; and gymnastics teacher at IK Gymnastics. Aside from the fact that I clown, mime, play volleyball, and longboard.....I'm pretty sure I've got this performance thing on lock. Represented by Stewart Talent.....yup. I think I'm done.