Theatre of the Beyond

Born in the summer of 2018: by three recent UIC Theatre school grads, too cowardly to move to LA or New York. They stayed in their simple Midwestern metropolis and came to a realization: nobody really does like you when you’re 23. Except the people we went to high school with who are getting married…and having kids…oh god. Anyway, we are three different people with three different artistic styles. The Artistic Directors consist of Danielle Malenock (She/Her, BA in Acting, 2017) inspired by Sci Fi, Horror and the classics. Kiera Bouton (She/Her) BA in Theatre also has a minor in English, but didn’t declare it because she was too broke, 2017) inspired by History, Dramaturgy, and Punk Music; Specializing in angsty soft boi. And Emmalee Dixon, “Fully” “trained” Actor (They/Them, BFA in Acting, 2017) Specializing in comedy, puns, and cats they can never touch……because they are allergic. We, and the other ensemble members, strive to create work that is honest, true, and stems from our individual humanity. Basically, we just create the stories we want to be in. 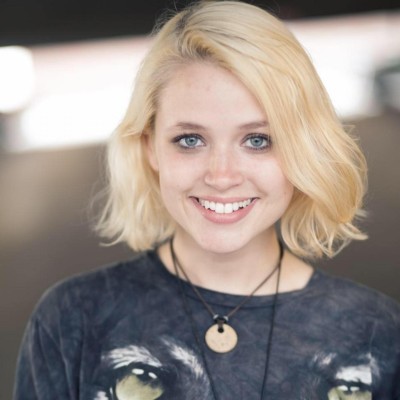